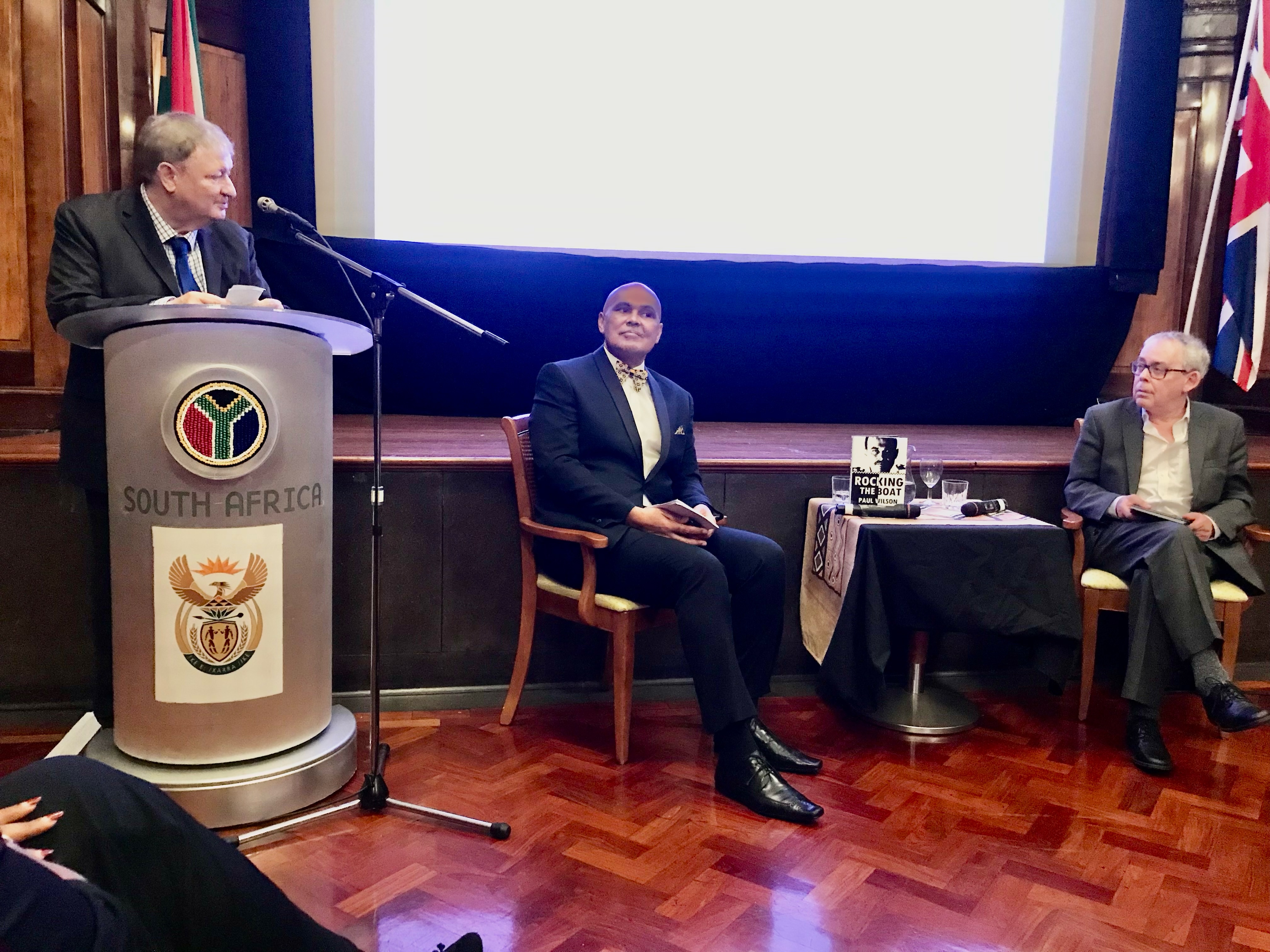 A big thank you to the thousands of people from all corners of the world who showered love and appreciation on Archbishop Desmond Tutu on his 90th birthday.

Following an introduction by Clive Conway, former Metropolitan Police superintendent Paul Wilson, who is a key supporter of civil rights both in the UK and in South Africa, spoke about his new book “Rocking the Boat”, a memoir that recounts his early years of growing up in Lincolnshire, how and why he joined the metropolitan police force, the prejudice he encountered, and his time in South Africa following retirement.

Paul was joined by Simon Israel, the former senior home affairs correspondent at Channel 4 News, who chaired his address.

After Paul’s talk, the 11th Desmond Tutu International Peace Lecture was live-streamed from South Africa, and was delivered by four ethical global leaders.

South Africa’s former public protector, Thuli Madonsela, spoke about constitutionalism and the rule of law, women’s and children’s rights activist Graça Machel, talked about how we could support tomorrow’s leaders as they develop and grow. Chair of The Elders and former president of Ireland Mary Robinson presented about how we have a duty to defend the Earth so that there is a planet for humanity to share, and the Dalai Lama spoke about how compassion is the bedrock for a secure and fulfilling future for all people.

During the event, music was provided by a local choir, as well as two incredible musicians, South African cellist Abel Selaocoe and American cellist Yo-Yo Ma.

Samuel L. Jackson and his wife LaTanya Richardson Jackson sent their birthday wishes and paid tribute to the Archbishop via a short video. The couple said, “It’s one thing to stand up again and again against injustice no matter the personal danger, and to speak the difficult painful truth not only to your oppressors but also to your friends. To do all that while maintaining a sense of humour with genuine love in your heart, who can do that? Desmond Tutu.”

American actress Alfre Woodard also wished the Archbishop a happy birthday. The actress said that she is ‘blessed to live in the time of Desmond Tutu and that she has learned so much from her beloved Arch; from his fearless leadership in the anti-apartheid movement, the wisdom captured in his books, speeches, and sermons. He has taught us to stand together with people from all walks of life against oppression, in the quest for justice.

Actress Pauletta Washington, wife of actor Denzel Washington wished Tutu’s happy birthday and said that ‘throughout history, there have been some people who’s lives have been so remarkable and true for the good of humanity that it is essential their legacies be carried on for generations to come.’

We would like to thank everyone who took part in the event and send out our best wishes to the Archbishop and his lovely family for all they have done and continue to do to make the world a better place.