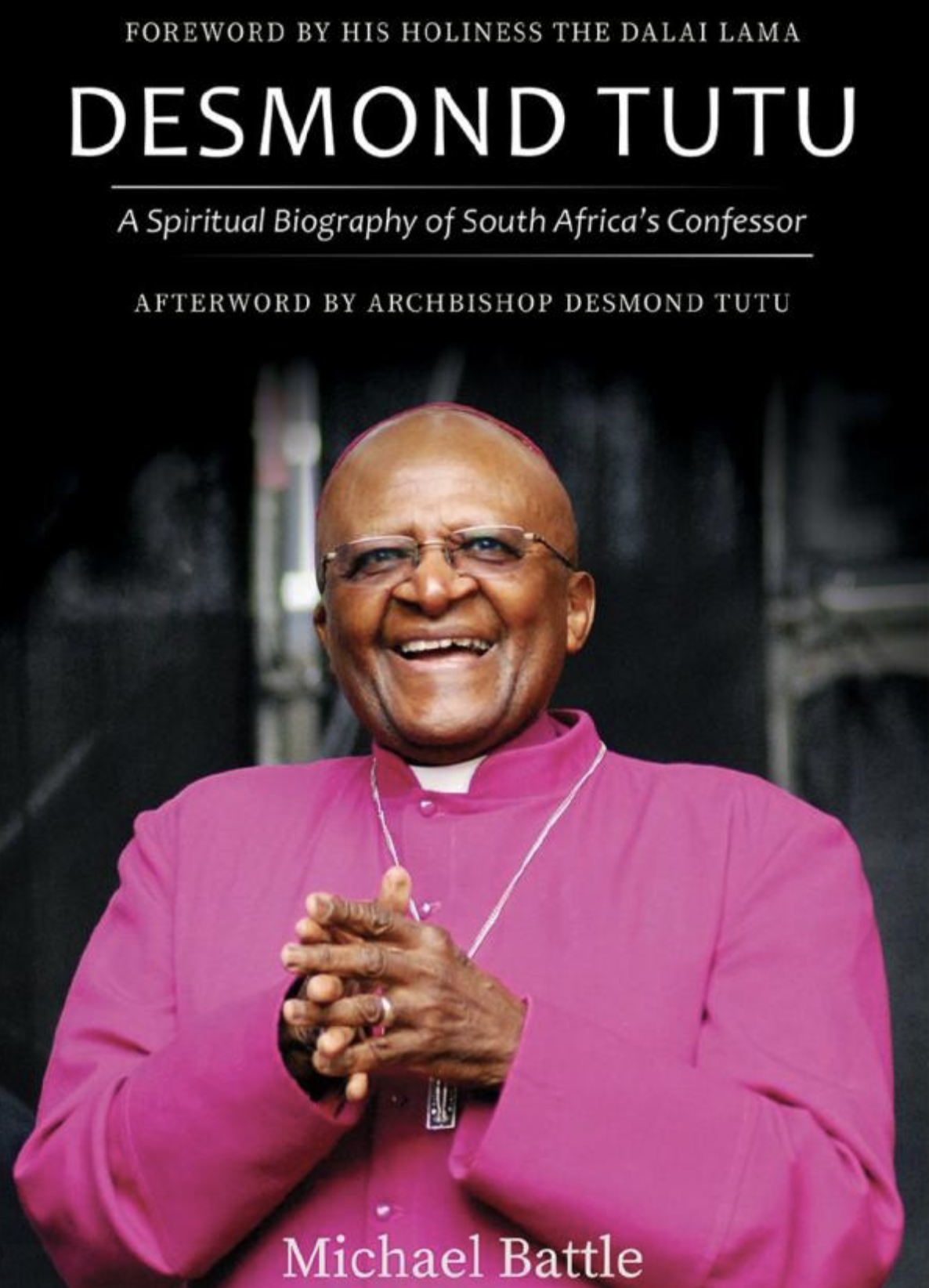 A new book exploring the spirituality of Archbishop Desmond Tutu says that the lifelong campaigner for peace and social justice is a Christian mystic and Saint.
That is the conclusion of Michael Battle, the author of Desmond Tutu: A Spiritual Biography of South Africa’s Confessor which was published last month.
Battle knows Desmond Tutu better than most. He has not only known him for decades but was ordained as an Anglican priest by him in South Africa in 1993.
He is currently the Herbert Thompson Professor of Church and Society and Director of the Desmond Tutu Center at General Theological Seminary in New York.
Michael Battle’s many previous  books include Reconciliation: The Ubuntu Theology of Desmond Tutu.
The new book explores Tutu’s fight against apartheid which Battle sees as a spiritual battle which offers many lessons for resisting the growth of Christian Nationalism today.
“Getting the oppressor to see God in common with the oppressed was Tutu’s greatest contribution,” he says.
He goes on to draw parallels between Tutu’s life and ministry and ancient Christian mysticism.
Desmond Tutu: A Spiritual Biography of South Africa’s Confessor as a foreword by the Archbishop’s great friend the Dalai Lama and an afterword by Tutu himself.