Join Lord Boateng for his Zoom seminar on ‘The Work of the Tutu Foundation UK’, Monday 9th May 2022 at 7:15PM 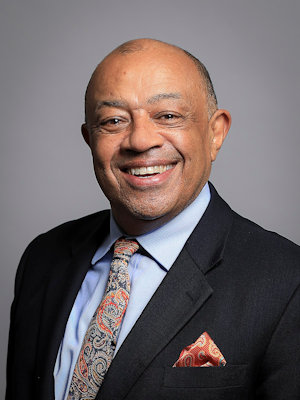 Hosting the online seminar is Engaging Theology in Cumbria, which was developed out of the former Cumbria Theological Society, and was founded in 1992 as an ecumenical organisation with the aim of hosting five or six lectures or seminars each year.

The Society welcomed many distinguished speakers and well known academics to stimulate theological reflection and explore its practical implications for the mission of the churches.

The next speaker is Paul Boateng, who is a member of the House of Lords. As a Labour Party politician he served as the Member of Parliament for Brent South from 1987 to 2005, becoming the UK’s first Black Cabinet Minister in May 2002, when he was appointed as Chief Secretary to the Treasury. From 2005 to 2009, he served as the British High Commissioner to South Africa, and he was introduced as a member of the House of Lords in July 2010.

Paul Boateng will speak about the struggle against Apartheid in South Africa, his own work with the Desmond Tutu, and the need for an Ubuntu based ecumenical response to the issues we face today.

Joining Paul will be Clive Conway who will discuss the work of conducted by the Tutu Foundation UK.

7.15PM - Join the Zoom room to confirm all is in order - and to set up any co-hosting, documentation sharing, etc

8.20PM - Into break out rooms for discussion

8.55PM - Conclusion and thanks to speaker