Lesley Garrett’s ‘A Diva and A Piano’ on 10th November at 7:30 PM, at The New Victoria Theatre in Newcastle-under-Lyme is almost sold out 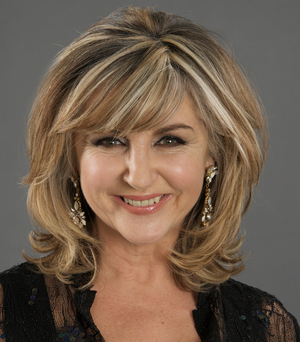 Presented in association with Clive Conway Productions, Britain’s most popular soprano will be at The New Victoria Theatre, Main Auditorium, Newcastle-under-Lyme for an evening of song, reminiscence, and chat. Lesley will tell of her behind-the-scenes stories which will give audiences an insight into her life on the stage. With over 30 years of experience performing in the worlds of opera, musicals, television, radio, and concerts, Lesley has won both critical acclaim and the affection of music lovers and fans from across the world.

“She cares about the people who come to hear her sing …. Through her records and her unstuffy attitude to singing, she has clearly reached out to music lovers far beyond the rarified confines of the opera house.” - Sunday Times

“... she's incredibly funny and emotional, with a glorious voice …” - The Daily Mail

The New Vic is one of the country’s most successful producing theatres and a key part of the region’s cultural life, engaging 150,000 people each year. They deliver a programme of international-class work made with local audiences in mind, complemented by an award-winning community programme, and education work which alone reach around 25,000 people of all ages per year. Opened in 1986 as Europe’s first purpose-built theatre-in-the-round, the New Vic has a special role in playing as the architectural heritage of theatre development in Newcastle-under-Lyme.