Memorial to Archbishop Emeritus Desmond Tutu On the occasion of a memorial reception, Guildhall, London 21 June 2022 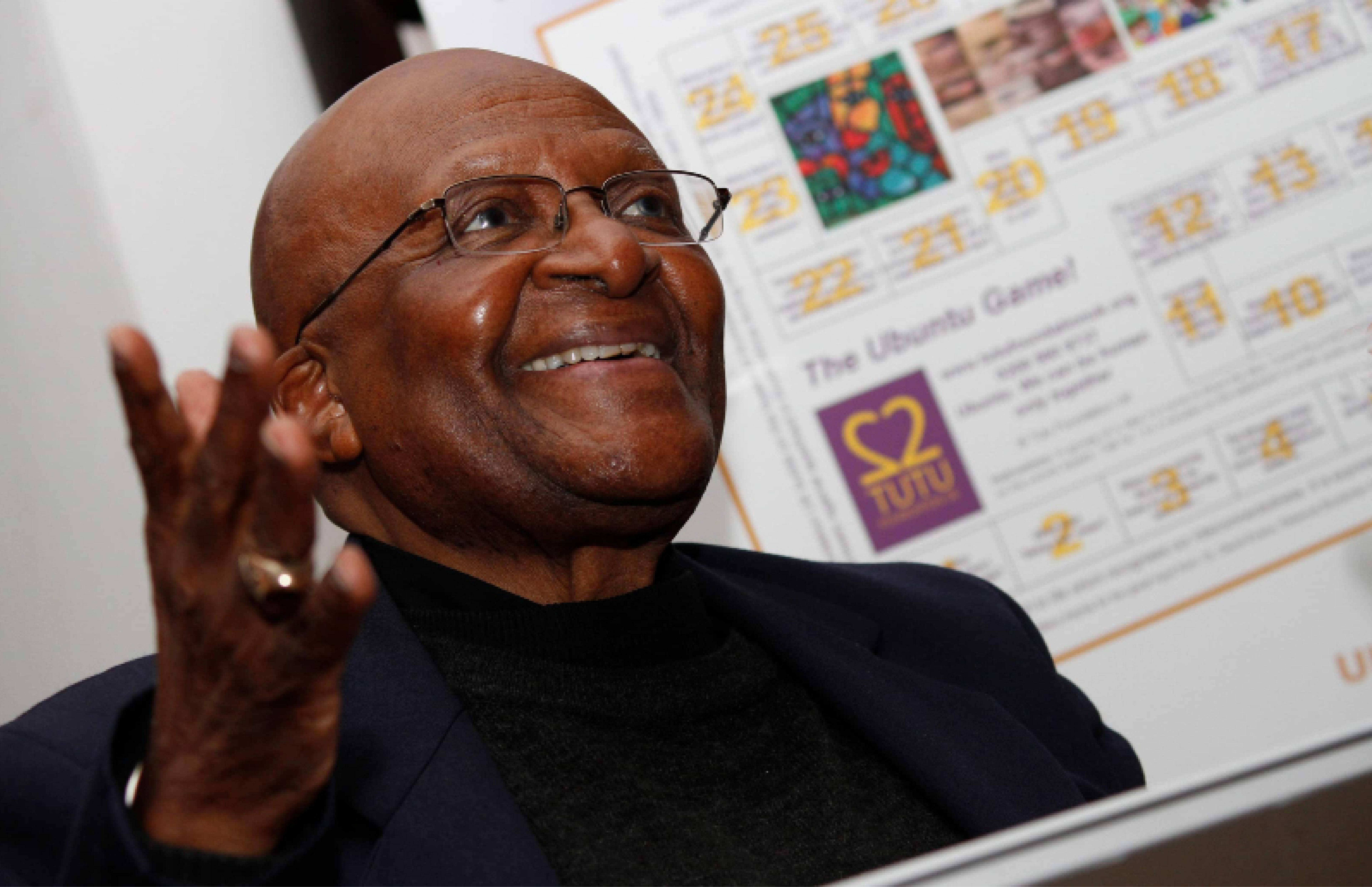 As well as being inspirational for his courage and unflinching leadership in the long and bitter anti-apartheid struggle Arch had an impish irreverence and warm camaraderie, and was engagingly self-deprecating.

Had he known of this event I am certain he would have burst into a one of his characteristic giggles and infectiously riotous laughs, shoulders heaving, at the irony of an anti-apartheid subversive like him being honoured by the City of London in the Guildhall, the heart of England’s establishment.

Only Arch could have given no offence when asked what qualities he had to be awarded the Nobel Peace Prize in 1984: ‘a short name like Tutu, a big nose and sexy legs. ’Fearless, passionate, inspiring – and to some far too honest for comfort - Desmond Tutu, along with Nelson Mandela, was one of the most special people I have ever had the privilege to meet.

His blunt honesty in speaking truth to power – whether to the old apartheid rulers or to the new post-apartheid ones – caused them to resent him and the rest of the public to respect him even more. No one could ever curb Arch’s courage or independent spirit. A fearless preacher able to rouse a great audience to raucous excitement, he could also drop to a whisper, pausing, holding everyone in the palm of his hand, as he did so memorably at the Westminster Abbey memorial service for Nelson Mandela in March 2014.

He was a visionary activist who cut through to all, revolutionary or ruler, poor or rich. When Mandela and his fellow anti-apartheid leaders were two decades into their imprisonment on Robben Island, Arch came to increasing prominence as an opponent of racist tyranny, speaking at anti-apartheid rallies and funerals, leading protests, his voice heard across the world.

Apartheid’s brutal police state had assassinated, tortured, jailed and silenced critics, but they couldn’t really do that to the Archbishop of Cape Town, with his multi-racial congregation and his increasingly prominent global Christian platform. Desmond Tutu also epitomised integrity.  So, when Winnie Mandela appeared in 1997 before him at the Truth and Reconciliation Commission, Arch was firm about her tragic descent from brave fighter for justice and victim of police oppression, into criminal complicity in murder.  “I beg you, I beg you, I beg you, please apologise,” he implored her.  She wouldn’t.

Nor would former President de Klerk, refusing to apologise for apartheid crimes committed on his watch even whilst negotiating with Mandela the transition from apartheid.  De Klerk stormed out of the Commission in high dudgeon after it had heard evidence of awful, bloodcurdling atrocities by apartheid security agents.

Arch found himself becoming the unflinching custodian of the ‘rainbow nation’, critical of Mandela’s successors, first Thabo Mbeki for his HIV-AIDS denialism, then Jacob Zuma for his shameless corruption and betrayal of the values of the freedom struggle. He was also an inspiration for human rights activists globally, speaking out against homophobic laws in Uganda and elsewhere in Africa, supporting the democracy movement in Burma/Myanmar, yet writing with sorrow and honesty to Aung San Suu Kyi over her collusion in the Rohingya massacres.

Very unusually for a Christian leader of his generation – passing late last year aged 90 – he publicly favoured assisted dying.  He was a remarkably progressive Anglican trailblazer, trying to persuade the church to ordain women and opposing exclusion of priests from the LGBTQI+ community.

The best way for all of us to honour the remarkable, unique, Desmond Tutu is to strive to emulate his legacy.