‘Peacemaking and Peacebuilding in South Africa, The National Peace Accord, 1991 - 1994’ by Liz Carmichael 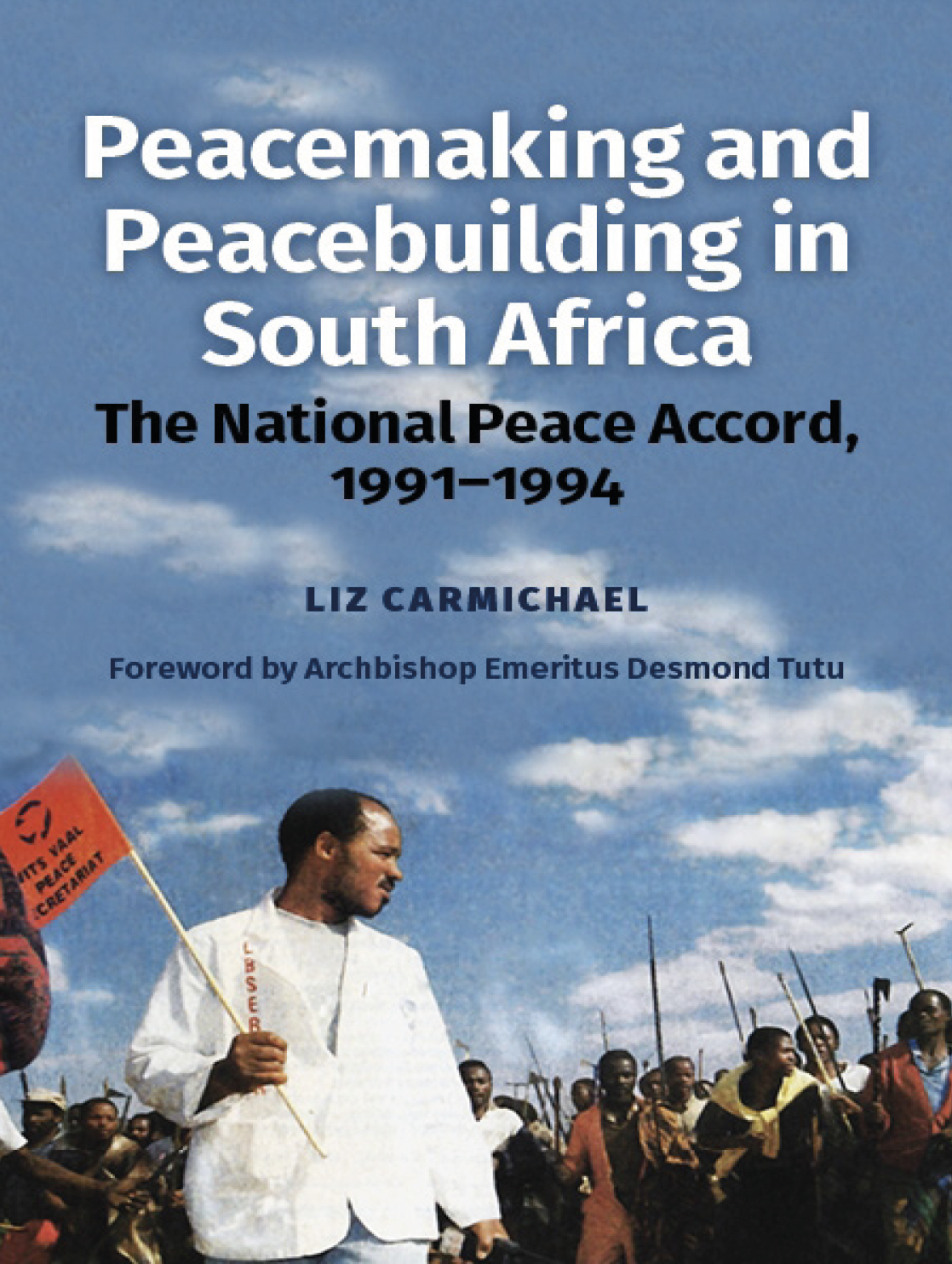 ‘Peacemaking and Peacebuilding in South Africa, The National Peace Accord, 1991 - 1994’ by Liz Carmichael

This first full account of the South African National Peace Accord (NPA) fills a significant gap in knowledge of this key transitional phase in the country’s history. Signed by the ANC Alliance, Government, Inkatha Freedom Party and other political and labour organizations on 14 September 1991, the parties agreed in the NPA on the common goal of a united, non-racial democratic South Africa and provided practical means for moving towards this end. This book describes the formulation of the NPA and its implementation: the establishment of codes of conduct for political organizations and for the police, the creation of national, regional and local peace structures for conflict resolution and the investigation and prevention of violence, and peace monitoring, as well as the critical socio-economic reconstruction and peacebuilding that aimed to bring lasting change. The NPA was recognized internationally as South Africa’s sole consensus document, bringing observers from the UN, EU, Commonwealth and OAU. The author also assesses their role, and that of the Goldstone Commission which existed under the NPA and prefigured the TRC.

Revd Dr Liz Carmichael MBE is an Emeritus Research Fellow at St John’s College, Oxford, where she convenes the peace studies network in Oxford University. She worked as a medical doctor in Soweto 1975-1981, and in the Anglican Diocese of Johannesburg 1991-1996 while also serving on the local and regional peace structures.

PART ONE: Peacemaking, Peacebuilding, and the South African Conflict

6 Deadlock and the President’s Summit

8 Negotiating the National Peace Accord: the Process

9 Negotiating the National Peace Accord: the Agreements

12 National Peace Secretariat: Getting to Grassroots

16 Building Peace in the Regions I: Natal/KwaZulu, Wits/ Vaal

17 Building Peace in the Regions II: the Cape, OFS, and Transvaal

19 The Police Board, Community Policing, CPFs

20 A Role in Future Peacebuilding?

“The National Peace Accord brought us from a life of violence under apartheid to a multifaceted quilt of warring parties working together to save lives and lay the foundation for South Africa’s transition to a peaceful democracy in 1994. This book tells how it was done.” Jay Naidoo, General Secretary of COSATU 1985–1993

“This book offers what few have accomplished: a nuanced and overarching exploration of both the promise and challenges of moving a whole society from protracted violent conflict toward enduring peace. Perhaps the most compelling aspect of this extraordinary book is found in its multi-faceted understanding of what is required of a transformational process, and always with the capacity to look back at the before, during, and after the formal accords were signed. The detail, integrity of research, and comprehensive nature make this a must-read for those interested in peace with justice.” John Paul Lederach, University of Notre Dame

How to order your copy

Order by phone or email: