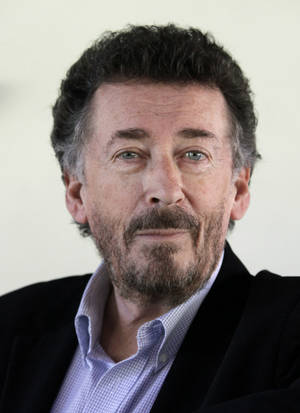 This year, British acting legend Robert Powell will be participating in Bucharest’s George Enescu Festival as part of the cast of the ‘The Passionate Life of Claude Debussy’ show.

Robert is a leading English stage and screen actor who has enjoyed success and critical acclaim for more than 40 years. He is best known for playing the title role in Franco Zeffirelli’s groundbreaking TV mini-series 1977 Jesus of Nazareth. Other key roles have included fictional secret agent Richard Hannay in the 1978 film version of John Buchan’s The Thirty Nine Steps and the title role in Ken Russell’s Mahler. The breadth of his work is astonishing.

The month-long festival commences on August 28th where it is planned to have live audience seating available at 50 to 70% capacity, alongside online viewing accessible on a pay-per-view basis for 12 hours.

The biennial festival will include many other talents from the UK this year, with the festival director stating that ‘first, because over the years they have proved to be among the best performers of Enescu's music and, second to show that Brexit has no relevance to music. British musicians are part of Europe’.

This year, Robert Powell will also be narrating in the world live premiere of a The Flood by Stravinsky. The Flood was written in 1962 and has been broadcast for radio and recorded disk on a number of occasions, but it will be performed for the first time to a live audience. For information and to buy tickets, please visit https://www.festivalenescu.ro/en/events/rundfunk-sinfonieorchester-berlin-enescu-philharmonic-choir-2021/

If you would like to see all tickets available, you can visit https://www.festivalenescu.ro/en/festival-2021/tickets/