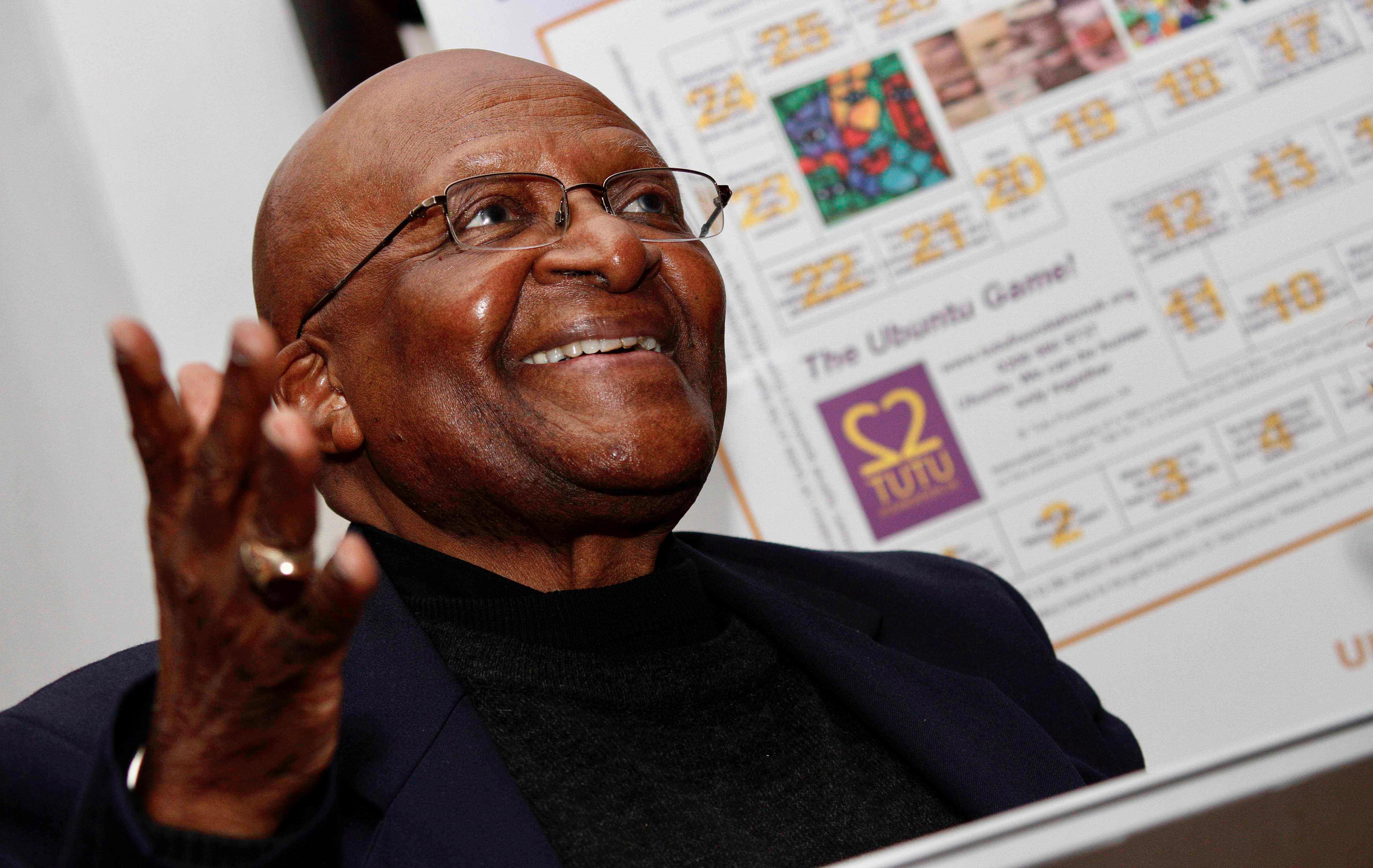 Wonderful to hear that an exhibition celebrating the extraordinary campaigning life of Archbishop Emeritus Desmond Tutu will be the subject of a major exhibition that opens in Cape Town later this year.
The show - Truth to Power - will be launched in October to coincide with Arch’s 90 birthday. It will showcase his activism against apartheid and injustice, his philanthropy and lifelong commitment to peace.The project is being staged by the Desmond and Leah Tutu Legacy Foundation in collaboration with the Apartheid Museum as part of the foundation’s Knowledge Legacy Programme.
It will become a permanent feature at the Old Granary Building, which also houses the headquarters of the Foundation, and will underline Tutu’s enormous contribution to not only South Africa but  world history.
Foundation CEO Piyushi Kotecha said: “We’re thrilled to be able to so comprehensively showcase the indelible mark Archbishop Emeritus Desmond Tutu’s spiritual leadership has made on South African society and on societies everywhere. We feel as humbled as we feel proud to be the custodians of the archbishops’s legacy and we are glad to be able to fulfil our duty to share it as widely as possible so that his greatest gifts to global society – conscience, trust, compassion and peace – not only remain with us, but grow.”
The Apartheid Museum’s exhibitions and education curator, Emilia Potenza, described Desmond Tutu’s life story, as being “in so many ways…the tale of the triumph of good over evil.”