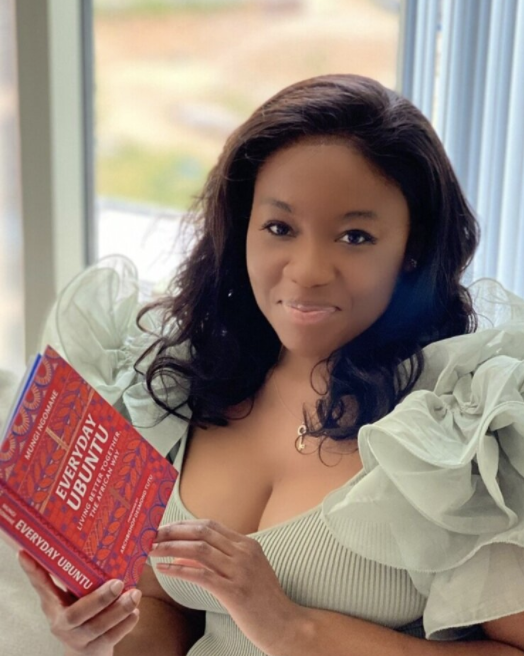 Robin Lockhart, founder and director of Catalyst in Communities hosted a Courage to Heal talk that was organised with the collaboration of the Tutu Foundation UK and Inner Connect.

Courage to heal is a series of monthly conversations and this talk includes Archbishop Desmond Tutu’s granddaughter, Mungi Ngomane, where she discusses Ubuntu, suffering, inequality, peace, as well as her book Everyday Ubuntu.

‘When you have ubuntu, you understand that you are worthy, and you apply that worthiness to all humans, no matter where they are and what they look like; from there it makes it difficult to treat people poorly and difficult to watch people suffer.’ - Mungi Ngomane

The next session of Courage to heal will be on 24th November featuring Sir William Atkinson, who was recognised as one of the UK’s most respected headteachers after famously turning the Phoenix High School around.

Mungi is the granddaughter of Archbishop Desmond Tutu and patron of the Tutu Foundation UK, she has never felt that her family forced her to follow in their footsteps but that their hope for justice and human dignity for all was passed down through her genes. She has worked in Middle East conflict resolution and for the advancement of women and girls for some of the world's foremost advocacy organisations and initiatives.

She has been campaign coordinator for a new national and bipartisan campaign, Millions of Conversations, aimed at tackling Islamophobia and discrimination in the US. Since bringing the book Everyday Ubuntu into the world, she has returned to advocacy. She is passionate about human rights, specifically the advancement of women and girls, the protection of refugees and the liberation of the Palestinian people. She hopes one day all girls will have fundamental human rights.

She was most recently the Senior Business Operations Manager for Impactive, a digital outreach and engagement tool whose mission is to promote voter participation and civic engagement within progressive and Democratic campaigns and organisations.